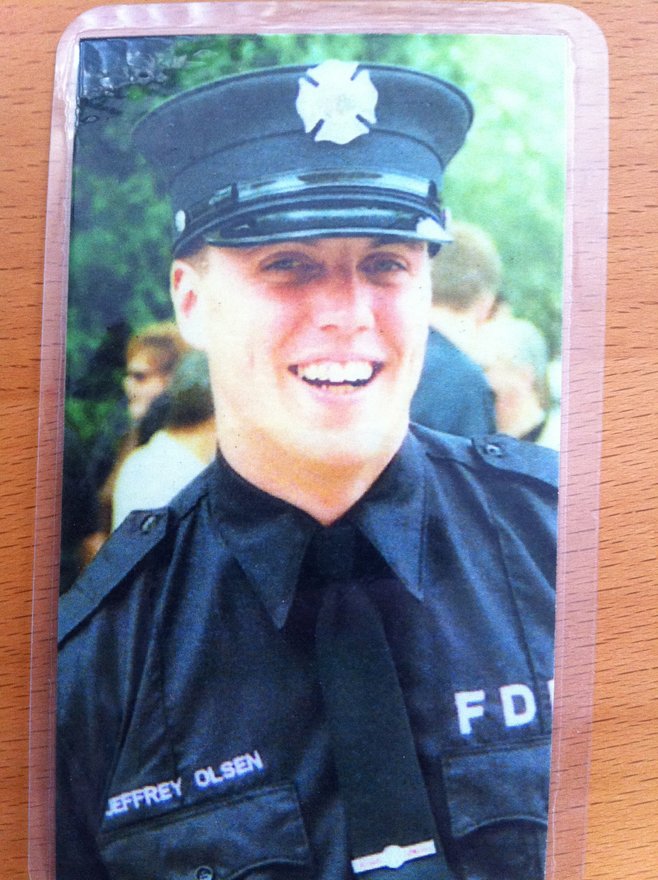 Ten years, an even number, a milestone in time. We have this obsession with decades, and thinking they matter in some profound way. But it’s not the anniversary that matters, it’s the event, and the events on 9/11 were profound.

I couldn’t tell you what I was doing last week. But I remember every detail of that day, the days that followed, that month ten years ago. Unlike the misty impressions of most things past, every emotion and tactile sensation I experienced on September 11, 2001 is well preserved, like a mosquito in amber, blood and wings intact.

I can remember the weight of the lined yellow paper in my hands, the one on which I’d scrawled the Prayer of St. Anthony, patron saint of all that is lost. My mother had asked her daughters to recite it every hour. It made us feel like we weren’t so helpless being 3000 miles away, while all of the men in our family were there at Ground Zero, frantically searching through debris and body parts to find my cousin Jeffrey.

Four days later, I brought what was now a crinkly piece of yellow paper with me to Los Angeles, where I was hosting my birthday party. Jeffrey was still lost, and hope was fading, but my cousins, Jeffrey’s brothers and brothers-in-law, were tireless in their search, despite the toxic dust, despite the horrific leftovers of life that they found.

I used my birthday as an excuse to escape. Jeffrey was older and way cooler than me, which was why I was always trying to impress him with my antics. During our last phone conversation months earlier, he had warned me about partying too hard. I can’t remember his exact words – I’d blown off his concern, and the memory had receded into my mind, along with all of the others that didn’t seem to matter at the time, the ones I wish I could get back.

As if rebelling could bring him round, I didn’t heed my cousin’s words. I remember every drug I took on that three-day bender, I recall each moment that I began to feel, to think again, which would motivate me to ingest more of this, or some of that, until the real world faded away and euphoria returned.

When the fog had finally lifted, when my body could take no more, I returned to San Diego. Hope of finding Jeffrey dwindled with each passing day. He was one of the first firefighters on the scene. His body was one of the last to be recovered.

Ten years. My dad is in New York right now, sitting beside his sister, my aunt, Jeffrey’s mother. He was the youngest of her six children. Regardless of how many years have passed, when I see an image from that day, the amber is cracked, and my emotions, perfectly preserved, are released. That’s why tomorrow, on what the news deems a significant benchmark in time, my television will remain off.