I rearranged my legs with more force than necessary. The wooden bed-frame creaked, and I followed the note with an overtly audible adjusting of my half of the comforter, balling it up so I could prop my iPad on my lap. As expected, David stirred beside me. “What time is it?” he asked. It came out as a slur; his eyes remained closed.

“It’s almost eight,” I said, hoping he wouldn’t turn over to check the clock on his side of the bed. I’d rounded up from 7:32. “Start coming to life. I’m taking you on a surprise adventure today.”

David grumbled. “I thought we had nothing going on today. Remember how you said we were going to sleep in? This is earlier than we wake up when we’re not sleeping in.”

“Well, I woke up early, I realized we have this whole day with nothing planned, and I thought, why not take advantage of it? If we’re going to have a real day off, we need to get out of here; I don’t want to be stuck around the house because I know I’ll just end up squandering all this free time on Reddit, Twitter, Facebook, and Instagram. I did a little research, and now I have a plan, and we are going on an adventure.”

David didn’t ask after my plans — he likes surprises. With a half-hearted smile and a longing look at his pillow, he dragged himself out of bed and into the shower. I instructed him to wear comfortable clothing and shoes that could get wet. “There’s going to be an activity,” I said. David’s brows furrowed at the last word. “Don’t be apprehensive — it’ll be fun. I promise.”

A major downside to surprising people is that you can never be sure they’re going to like the surprise. Once we were in the car, I wanted to lower David’s expectations. As we headed east on Interstate 8, I jokingly counted down the exits to Viejas Casino. I even went so far as to switch on the blinker and slow down when the exit came up. “Nah, just kidding,” I said. “I know you hate casinos.” David remained unruffled.

It had been cold and overcast in San Diego, but as we made our way further east, the sky cleared and the temperature display on my dashboard climbed from 64 to 80 degrees. I was winding my way up Highway 79 when I lowered the music and said, “Okay, so…”

“You don’t know how to get where you’re going, do you,” David said.

“I just need you to double check the map on my phone. You probably figured out by now that we’re heading toward Julian, but what you didn’t know is that we’re going to Lake Cuyamaca first. Is that okay?”

“Of course it is,” David said with a smile. “I’m still a bit dubious about this ‘activity’ you have planned. I mean, rock-climbing, corporate team-building exercises, finger-painting with kindergarteners, those are activities. No one ever talks about going out for cocktails as an ‘activity.’”

I pulled into the parking lot of the tackle shop at the lake and made David wait in the car while I went inside. When I returned, I handed the waiver I’d just signed in both of our names to David and finally disclosed, “We’re going pedal-boating!” I held my smile, but I was carefully studying David’s face for any sign of disappointment. “This’ll be fun, right?”

“Yes. I mean…you do realize that it’s high noon on a cloudless day, and that it only takes five minutes for me to burn.”

“No problem. I have sunscreen in my purse,” I announced cheerily.

“Ewww, ick. I hate sunscreen,” said David. When he saw my face fall, he was quick to recover. He plastered on a huge smile and said, “It’s no big deal. This will be great! Really, I’m so happy you planned it.”

“Right? And it’s a gorgeous day.” My smiled broadened. “Check it out,” I said, waving the blue paper in my hand. “It says they charge for towing if you get stuck out there. I guess some people pedal out into the lake, tucker out, and can’t make it back. Weird, right?” David — still smiling, but with eyes widened — nodded.

We walked along the aluminum dock and were greeted by a teenaged boy. He led us to a trunk, from which he extracted two of the saddest looking life vests I’d ever seen. Three foam rectangles held together by filthy, overused orange canvas.

“I signed a waiver and I can swim,” I said. “I shouldn’t have to wear this.” The response I got was along the lines of, “You want in the boat, you gotta wear the vest.” I huffed as I snatched it out of his hands and then winced as the canvas that had soaked in the sweat and germs of so many touched my bare neck. So as not to detract from the shiny disposition I’d been maintaining since I passive-aggressively woke David, I forced a smile and said, “Okay, let’s do this!”

Despite having told David how to dress for the occasion, I somehow managed to leave the house in long, flared jeans. As we pushed off from the dock they began to wick up all of the water puddled beneath the pedals. We’d been pedaling for about five minutes against the current (I’d expected a placid surface and hadn’t accounted for the strong wind) when I suggested we take a break and enjoy the scenery for a minute.

“So, after this, we’re going to have lunch in Julian and tool around for a while, and then we’ll take the Sunrise Highway back — you’ve never been on that road — and check out the stunning vistas.”

“That sounds great,” David said. He leaned back in the boat and smiled.

“They weren’t kidding when they called this vigorous,” I said as we began pedaling again, fighting the current that seemed intent on carrying us into a mess of fishing lines (the docks, shores, and surrounding boats were brimming with weekend anglers). “And I can’t stand this vest.” I sighed. “But this is fun, right? I like being on the water. Maybe next time we’ll get a boat with a motor and bring a bottle of chilled wine. It would be way more relaxing.”

“A sunset cocktail cruise? Now that seems more my speed,” David said. “But, hey, this is fun, too.” Floating alone in the middle of the lake, we held hands and watched the delicate blue dragonflies dance over the water.

I took all these photos while on the trip in the story above with my iPhone, because I’m a damn-ass good photographer: 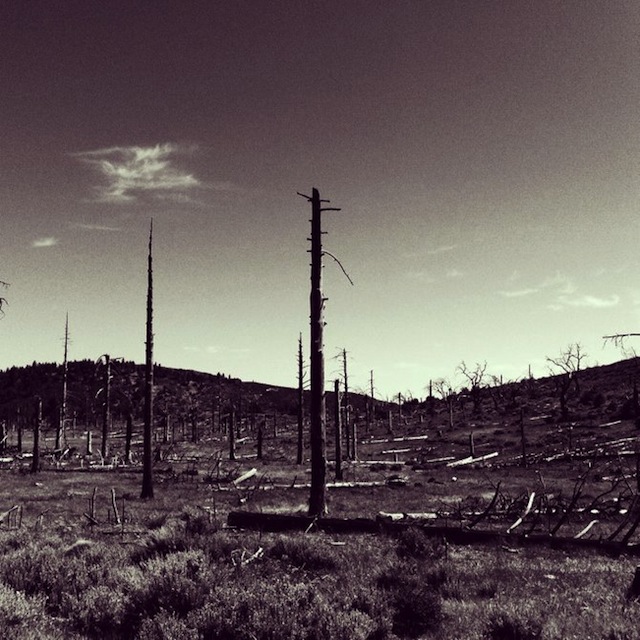 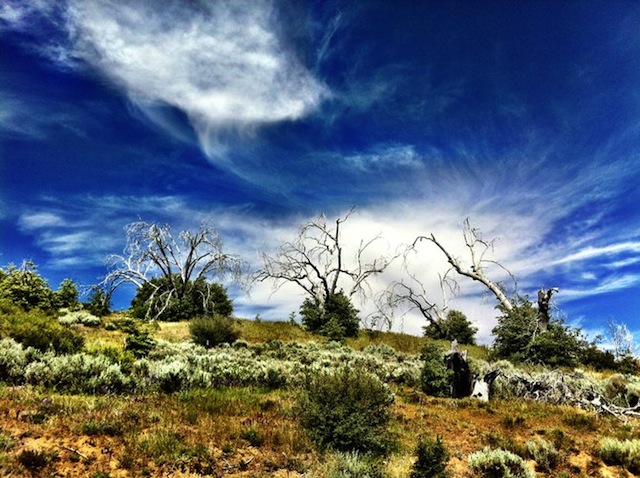 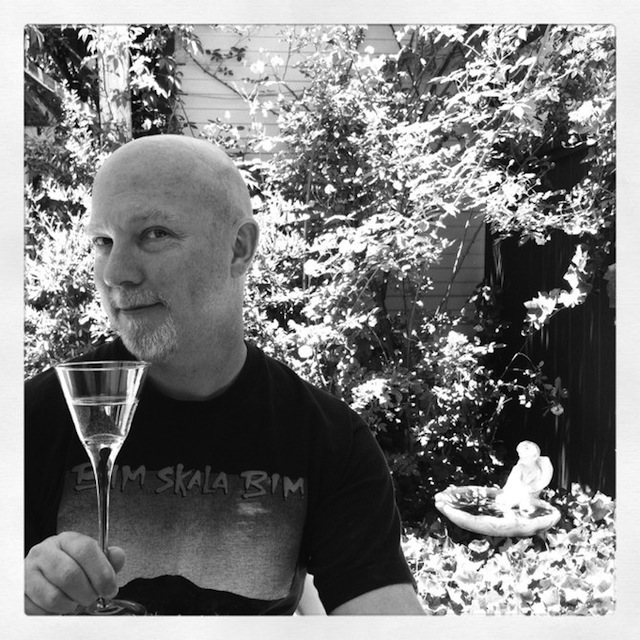 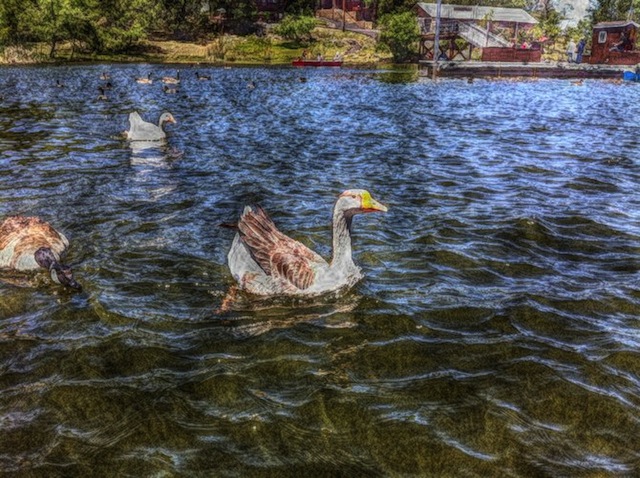 Ducks on the pond